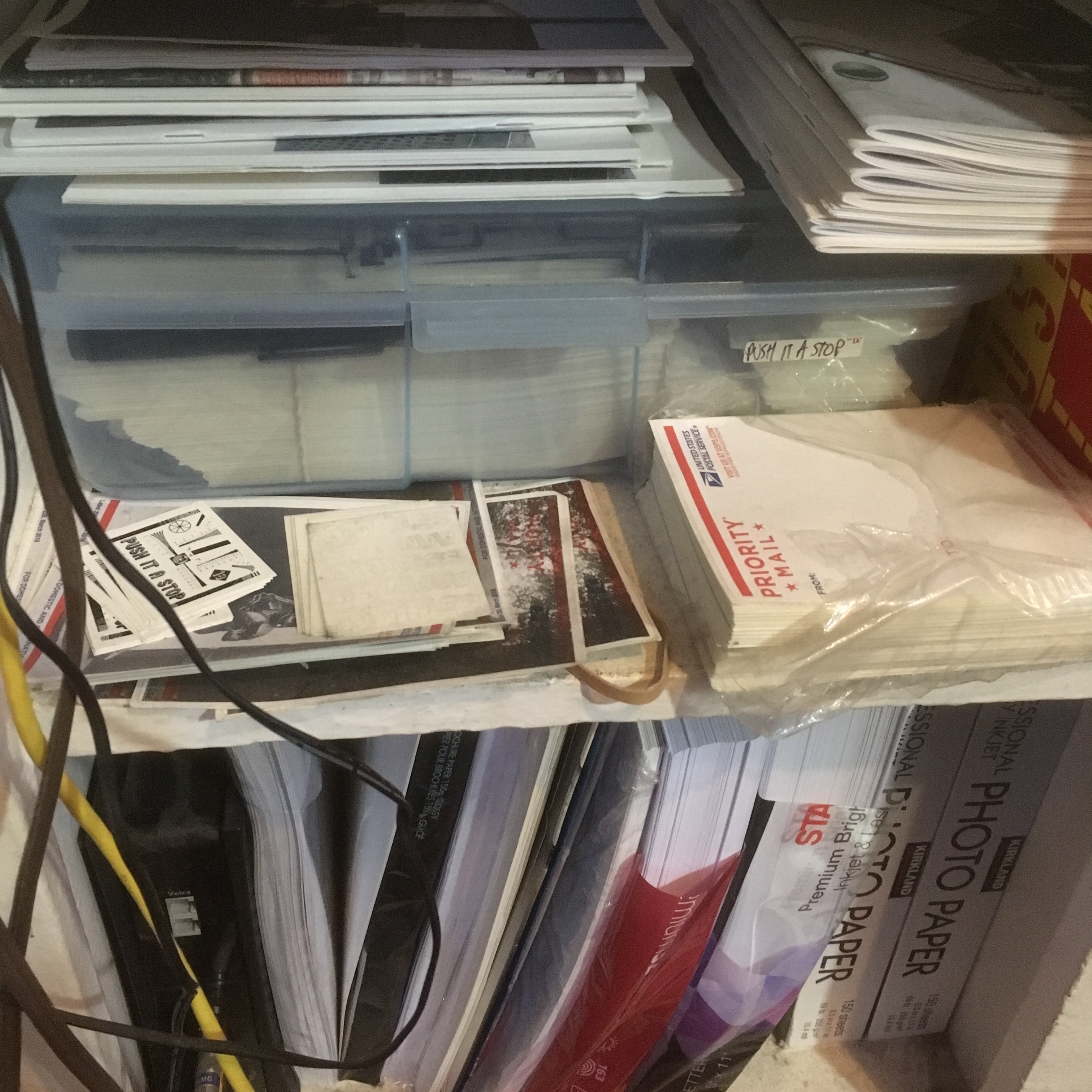 We just closed the BigCartel shop. If you want to purchase something just email us- pushitastop at gmail.com. We have a limited number of older group zines and some Kid “Bub Vessels” books left. Also there are stickers, pins and a LensPen or two. Check the “store” page which will exist shortly.

The milkshake master steps it up

Dillon Lloyd On Everything

Mikey Tyra On Everything

Alex Donnachie On Everything

I just re-uploaded Flip Clips Eight to my Vimeo because the YouTube version got muted. That Sam Smith song is too great to replace.

Kriss “Crab” Kyle was in town, traveling with Alex Donnachie just to get out of the deadly Scottish winter. Crab had just received a new helmet from Fuse Protection wrapped by his sponsor Red Bull. They needed some promotional photos- a portrait, a still of the helmet and an action shot.

We made plans to head up to Sheldon Skatepark early in the morning before the rush of local skateboarders that occurs every afternoon. We loaded up the van and were at the skatepark around 11. The guys had gone out heavily the night before and there was talk of puke during the drive to the valley. I kept my fingers crossed that we could simply get the shots we needed- nothing more but nothing less.

Crab takes his first through the park and jumps a hip- really the only hip there- only to land almost directly on top of a veteran skateboarder. The guy took a few seconds to get up from the ground and then verbal repercussions ensued. Very vulgar stuff- I won’t divulge the entire conversation but for every five words the guy said there were two obscenities and one genuine Scottish apology. I can’t honestly say that I saw the actual collision but regardless of who was at fault, Sheldon is a skate-only park and OG let us know explicitly that we weren’t welcome, haven’t been for 35 years, as he hobbled back to his rickety pickup and sped off angrily.

“Damn it” I thought. This put a bad vibe to the whole session. I wondered if Crab even wanted to keep riding. I think he was hurt a bit in the accident but definitely not as bad as homie. Homie was in pain. The sun was reaching high noon and the shadows were harsh. On the brighter side, no one had puked yet.

Crab let me know that the hip was shit but we had to work with it. I framed up a shot at a right angle to the landing quarter with the mountains in the background. With the sun at his back, I set up both my Einstein and Lumedyne to light him from the front. Due to parameter requirements, the closest I could get the flashes was still like twenty feet away.

Even with the Einstein near full power with the 11″ reflector next to the Lumedyne at 200w I could only get a f/16 reading. The ambient was at f/13 @ 1/250. I knew there was a lot of motion blur possible so I was ready to pan with the action (follow Crab with the camera so that he wouldn’t be blurry but the background would be instead).

“Boom!” I thought we had it first go. Crab wasn’t happy with his height and wanted to give it a few more. The framing between the light posts and just above the mountain range was spot-on. The entire image was a bit dark but I knew that it’s simple to brighten up a digital image without losing much quality. On top of that, if I were to shoot anywhere below f/13 I’d lose the deep blue sky and get much more motion blur. I opened up the lens 2/3 stop and Crab gave it a few more boosts but still wasn’t happy with his height.

At this point I opted for the fisheye because Crab didn’t think he was going high enough and that helmet I’m supposed to be showcasing was just a small blip in the photo.

I could get my flashes a lot closer and started to get a reading near f/22. Still shooting at f/16, I knew this would create a perfectly highlighting sidelight. I stumbled upon an undesirable angle when shooting any curved objects with a fisheye- the inside of the curve (you always want to be on the outside of a curve with the fisheye or else everything will look flattened out and not curved).

Beyond that, you couldn’t even see the helmet. I knew this called for some drastic measures. For his next go I held the camera over my head to try to get an extremely close shot.

Ok, ok, now we were talking. I just needed to be a little more controlled than just holding the camera above my head and hoping that I’d have both the rider and the ramp in the photo. I looked for objects to stand on but saw nothing. Then it struck me. “Dill! Dill!” I yelled. I knew for a fact that Dillon Lloyd would be more than willing to help out. He put me on his shoulders without a pause and I gave Crab the thumbs up.

“Got it” I yelled. Dill let me down and I gave him a hug. Crab saw the photo and was very pleased because he still thought he wasn’t boosting high enough. There is still some motion blur in his spokes but it’s very minimal and I had a feeling the client would still be happy about the shot. And they were.

After some very minor curves adjustments and literally no cropping (that never happens for me) we had a final image.

\Chris Marshall has a photo gallery up on BMX Union which you can check out here. 12 photos from around New Jersey. How could you pass that one up?

Click here to check out 20 unseen photos from the lens of Wesley McGrath brought to you by Dig.

Push It A Stop
Blog at WordPress.com.
Loading Comments...